This Event has no scheduled dates at this time. It last occurred on Saturday, July 2, 2022. 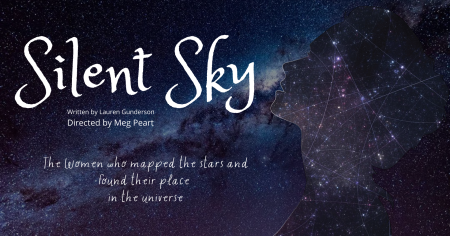 How vast is the universe? How far away are the stars? “Silent Sky” tells the true story of 19th century astronomer Henrietta Leavitt and her fellow female researchers or “computers” in the Harvard University observatory who set the standard still used today for measuring distances in space while discovering thousands of stars. Twenty years before women’s suffrage, the “computers” pursue their passion for astronomy in a society that limits women’s roles while credit for their discoveries are dismissed or claimed by male astronomers. Through the voices of Henrietta and her friends we learn about the strength, perseverance and the light that connects us all.

This play offers the perfect opportunity to reflect on women's lives in the 1920s when Valhalla was built.

Valhalla Tahoe (See address and directions on the rightbelow)